Makerspaces, Inquiry, and STEM Learning: A Day of Exploration: Speakers 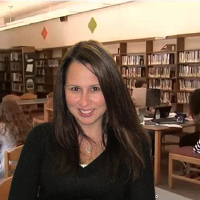 Laura Fleming has been an educator in the state of New Jersey for 17 years. She has been both a classroom teacher and media specialist in grades K-8 and currently as a Library Media Specialist for grades 9-12. Laura is a strong advocate of using New Media and Vanguard Techniques for Interactive and Transmedia (multi-platform) Storytelling. She has played a prominent role in education as a writer and speaker and has served as an educational consultant on next-generation teaching methods and tools. Laura has also consulted on Transmedia properties, working with producers to help maximize the value of their creations and toolsets for teachers and students. She is also the author of Worlds of Learning: Best Practices for Establishing a Makerspace for Your School (Corwin, 2015). 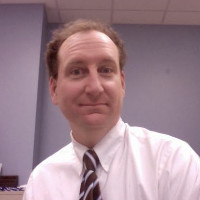 Rick has been an educational technology professional developer for Cattaraugus Allegany BOCES for the past 13 years. He is a member of the NYSCATE board of directors, former co-chair of New York State’ Model Schools, Chair-person for the annual Rochester Maker Faire. During his employment at CABOCES he developed a few niches. He specializes in assistive technology that levels the playing field for students, maker education computer programming, game design and game theory in the classroom. He has presented twice at the national ATIA (Assistive Technology Industrial Association) conference to rave reviews. He also presents, whenever he get the chance, in many state, local and regional conferences. He has published many national, state and local articles. In the book by Gary Stager and Sylvia Martinez, Rick was a featured maker for his cell phone bike charger that he made with legos. Yes, there are many pictures of Rick riding a bike through the lobby of the hotel. And in 2012, According to the website Best of DL, Rick Weinberg was named one of the top ten most influential mobile learning experts to watch. And more recently, this past summer Rick and a group of 4 other educators from across the U.S. decided to make bicycling safer for the masses by creating a sonar bike drone that warns approaching cars that cyclists are a head. Now he is the Director of Information Technology at Cattaraugus Little Valley Central School.