Damion Brown TedTalk: How to Choose Your News

Especially High Quality Resources for Political Facts
Politifact: Checks claims made by elected officials.  It is an excellent website to use when researching political facts. Its a high quality site and even won the coveted Pulitzer Prize for journalism.
Fact Check: Fact check.org aims to be a consumer advocate and works to identify deceptions from politicians. It is a little bit harder to read than Politifact.
​Poynter Institute: Poynter is not a fact checking website.  However, the journalists at Poynter are fastidious about checking their facts before publishing. You can have more confidence about the accuracy of the stories they post.

Focuses on Where Political Campaigns Get Their Funding
The Sunlight Foundation: Works to make our government more transparent to all.  Sunlight primarily focuses on money's role in politics.
Open Secrets: A great source for focusing on where political candidates get their funding and how much funding they have. In other words, is the candidate supported by ordinary citizens or by billionaires?

Different but Useful in Understanding True News from Fake News.
Flack Check: The companion website to Fact Check.org.  It helps readers to identify flaws in arguments in general but especially those from political speeches and advertisements.

WHAT TO LOOK FOR 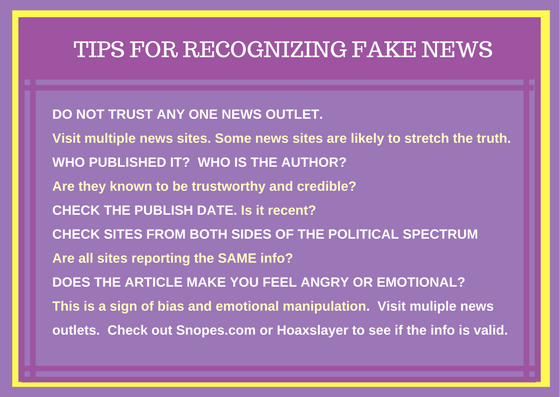 There are evaluation forms available to help you easily get through the process of evaluating a resource:

QUIZ- CAN YOU TELL THE DIFFERENCE BETWEEN REAL AND FAKE NEWS? 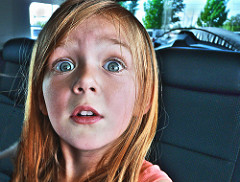 According to an Ipsos Public Affairs study, 75% of Americans have been duped by a fake news report this election cycle.  Can you identify the fake news stories in this quiz from Market Watch?
(scroll down on the page to take the quiz.

Here's another one: The Onion is a popular fake newspaper.  Lots of people read it because it satirizes real news and can be pretty funny.
Can you tell the difference between fake news and real news? Take this quiz to find out!

The Programming Librarians Web Page has MANY resources about how to identify Fake News. Have a look!